Luke has trained under some of Australia's leading coaches and has always had a passion for Coaching.

Even during his playing days he found himself assisting his fellow peers and tries to keep his information simple and strongly believes each golfer is unique and individual.

Luke started his competitive golf in Perth where he played pennant for Lake Karrinyup Country Club and captained the Western Australian School Sports State Team before attending the Australian College of Elite Golf in Melbourne 2011 completing a Diploma of Sport Development.

He joined Victoria Golf Club where he played pennant for 6 years and became part of Men's Division One Finalist team in 2015.

In 2018 he moved to England to study his PGA at the University of Birmingham where he will graduate in 2021 and worked at Royal Mid Surrey as an instructor to members and visitors alike. Luke is energetic, personable and is passionate to help people improve their games to the best of their ability. 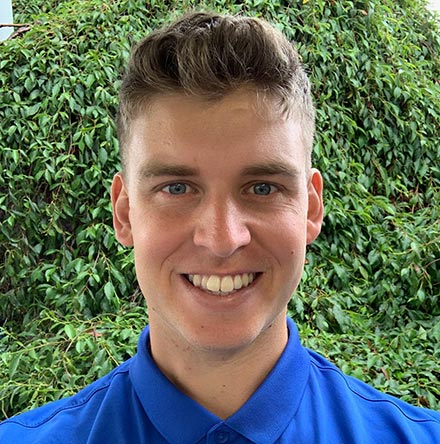